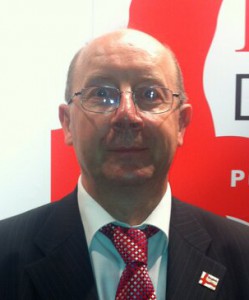 In Amber Valley, Derbyshire, Ken Cooper came in fourth place in Ripley Ward with 80 votes – 3.2% of the poll.  In Codnor & Waingroves ward, Alan Edwards also came fourth with 39 votes, 2.8% of the poll.  However, both BNP candidates narrowly beat the LibDems into fifth place.  These results are even poorer than the 2010 elections, when the BNP polled 7.5% in Ripley and 4.2% in Codnor & Waingroves.

In Derby, Paul Hilliard came last in Chaddesden ward with 4% of the poll (136 votes), whilst Carol Tucker also came last in Derwent ward, with 3.1% (84 votes).  This is a significant drop from their performance in similar elections in 2012, when Hilliard polled 14.7% in Chaddesden and Julie Fuller polled 11.9% in Derwent.  That performance was itself a disappointment for the BNP in 2012 – how much lower can they go?

We have been enjoying Derbyshire BNP’s downhill trajectory for a few years now, and it’s good to see it continue.

The most significant feature of the local elections was the dramatic rise in fortunes of UKIP.  They now have increased representation on several local councils in the region, with 8 councillors in North-East Lincolnshire, 3 in Daventry, and 2 in Derby.

Whilst enjoying the increased electoral irrelevance of the BNP and their ilk, the entry into the mainstream of a new brand right-wing nationalism in the guise of UKIP poses significant fresh challenges for antifascists.  We will be monitoring UKIP in the region closely.  This piece from the IWCA, written a year ago, is an interesting contribution to this vital issue.

A UKIP candidate in Thursday’s Leicestershire County Council election has been suspended by the party. Chris Scotton was representing the reactionary party in the Syston Ridgeway division, but fell out of favour after displaying numerous declarations of support for the EDL on his facebook page, along with various other dubious postings.  Open support for the EDL is not something that UKIP, seeking to poach votes from the Tories, wish to endorse – despite the EDL leadership endorsing UKIP… 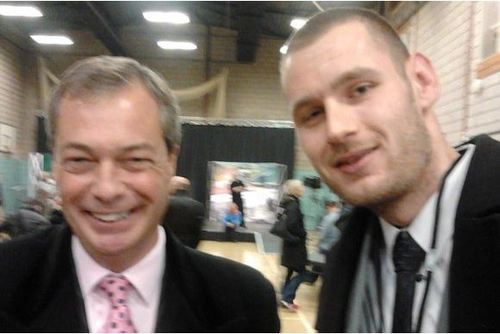 Foolish Chris is not the only fascist embarrassment for UKIP; party leader Nigel Farage has been forced to agree that his party contains “a handful” of candidates with links to fascist organisations.  There are a large number of UKIP candidates in the forthcoming elections, whilst the BNP remain in the doldrums, and there are no other far-right parties with any chance of making any impact.  Therefore, UKIP, apparently on an upsurge, will be an attractive vehicle for fascists with ambitions in local politics.  It’s no surprise that a right-wing anti-immigration party will attract such people in a time when the far-right is is disarray, and anti-fascists will be watching the political development of UKIP with interest.

An election was held on July 20th for the Loatland ward of Desborough town council, in Kettering borough, and was contested by two nationalist candidates; Kevin Sills of the English Democrats polled 14.2% and came third, beating the BNP’s Clive Skinner who polled 6%.  Both beat the Libdems, who came last in yet another dismal local election for them.

This is an interesting result, with nationalist parties grabbing a fifth of the vote between them, and the BNP getting beaten convincingly by new-kids-on-the-right the English Democrats.  This result will encourage the ED, who are attempting to establish themselves as a specifically english nationalist party, occupying political terrain somewhere between the tories and the BNP.

They do not qualify as a fascist party, although they are firmly of the right, with attacks on “political correctness” and a tough anti-immigration attitude, for instance.  It is important to note that their activist base contains a large proportion of ex-BNP members, with some claiming that 43% of their candidates in May’s local elections were recent BNP defectors.  The party certainly seems a comfortable home for rats who have jumped the BNP’s leaky old ship, and it seems inevitable that this fact will shape the political development of the ED.

Desborough man Kevin Sills is not a recent BNP defector; however, he is certainly no stranger to fascist parties, having previously been a member of the National Democrats and the Freedom Party (not to be confused with the EDL-linked BNP breakaway British Freedom!) and, allegedly, the National Front, all three of which are now defunct.  Sills has also stood in local elections as an independent. 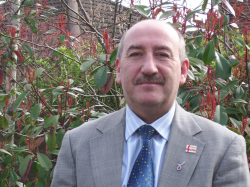 Sills is a good example of the sort of candidate the English Democrats seem to attract – a veteran fascist still searching for a credible political home in which to make electoral advances.  We remain very sceptical that such people have truly renounced the far-right politics where they cut their teeth, and will continue to monitor the ED, especially where they are performing strongly in parts of the region.

The BNP did not have a good election. The party lost all the seats it was defending and failed to win any new seats. In many areas its vote was down, in some cases by as much as 50%. All good news for anti-fascists. Unfortunately, they’re not entirely gone. Not yet, anyway.

This week’s defeats follow a poor election last year and the number of BNP councillors has slumped from a high of 57 only three years ago to just three: Sharon Wilkinson on Lancashire County Councillor, Brian Parker in Pendle and – in our region – Catherine Duffy on Charnwood Borough Council in Leicester.

While other far-right parties have failed to capitalise on the BNP’s demise, there are also a handful of independents who are former members of the party, like Graham Partner on Leicestershire County Council. In some cases they will have repudiated their former politics, but it’s not as if politicians never lie. Recall that Partner was recently investigated for distributing an anti-Muslim leaflet.

Ongoing infighting will make it difficult for the few remaining BNP councillors to hold onto their seats when they are next up for re-election (in Duffy’s case in 2014). It is up to anti-fascists to ensure that they are stamped out entirely and that no other far-right group is able to take their place.

It looks like the BNP have had a really bad election. Locally their loss of two seats in Amber Valley has been compounded by their failure to make a breakthrough in Derby.

Admirer of Mussolini’s Blackshirts and “Grand Dictator of Derbyshire” Paul Hilliard was the most successful of the three  candidates they stood in the city, but even he only managed to get 459 votes (14.7%) and come third, although this put him ahead of the LibDems. Vanessa Griffin also beat the LibDems, taking 270 votes (8.1%) while Julie Fuller beat the tories into fourth, securing 302 votes (11.9%).

(Results taken from This is Derbyshire.)

Yesterday’s local elections have not gone well for the BNP in Amber Valley. They have lost the two seats they took in 2008, with a massive slump in the percentage of the vote:

There were 16 seats up for election (one third of the total) with the BNP standing five candidates. Although none won, the votes they were able to achieve varied widely:

Former councillor Cliff Roper has described the results as “disappointing.”

Roper, commenting on his Heanor Patriot blog, would have supporters believe that the party’s loses “mirror those of smaller parties throughout the country as we were swept aside in a national backlash against the coalition government, which resulted in a massive vote for Labour by an electorate eager to punish the coalition parties.” The reality is more complicated with many “smaller parties” actually doing quite well. There was an unprecedented vote for UKIP and steady progress by the Green Party, while Respect ousted the Labour leader in Bradford.

There does not appear to have been a great deal of anti-fascist activity in the area, although Hope Not Hate report having organised a couple of leafleting sessions. Whether this had an effect is impossible to gauge.

Internal squabbling amongst the local BNP can’t have helped. Roper resigned the whip last year and was even accused of being a “secret red”, only to return to the fold. Fellow councillor Lewis Allsebrook also jumped ship earlier this year amidst accusations of backstabbing and incompetence. Hopefully their latest failures will only fuel the infighting.