The recent “repatriation” rant by Lincolnshire UKIP councillor Victoria Ayling has once again shone a spotlight on the obnoxious views held by some members of the right-wing party (although it’s worth noting that she was still a Tory councillor when she launched her rant, five years ago!).  Lincolnshire UKIPites aren’t very good at hiding their less palatable opinions – they were in the news earlier in the year for posting racist nonsense on their facebook accounts.  It’s entirely unsurprising that a party which specialises in whipping up resentment about immigration will be a fertile breeding ground for racist views.  Countering the propaganda of the likes of UKIP should be a priority for antifascists in the region. 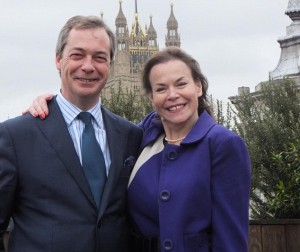 Comments Off on Another Lincolnshire UKIP loudmouth   |  tags: UKIP | posted in Lincolnshire