Pitiful EDL run aground in Boston

The EDL held a national demo in Boston, Lincolnshire yesterday, hoping to capitalise on the town’s sizeable vote for Brexit. They only managed to muster 20 people, including a film crew, and most were from out of town. This pathetic contingent then proceeded to shout at locals including calling a local girl a slag who deserved to be raped which I am sure will boost their numbers for future demos in the area. More evidence that the EDL’s influence in Lincolnshire is fading even faster than their overpriced merchandise! 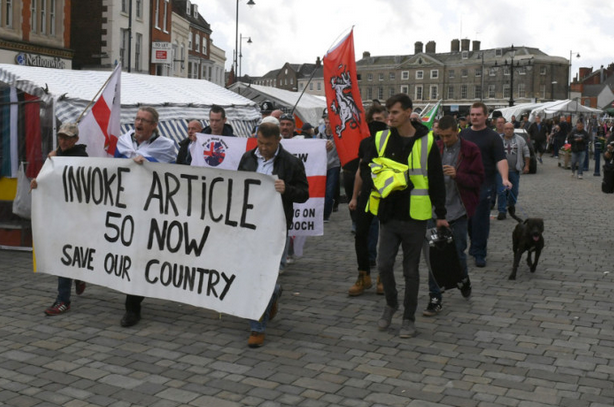 Comments Off on Pitiful EDL run aground in Boston   |  tags: Boston, EDL | posted in Lincolnshire