Cliff Roper has announced the BNP’s Amber Valley candidates for the upcoming local elections. They are a bunch of well-seasoned losers. 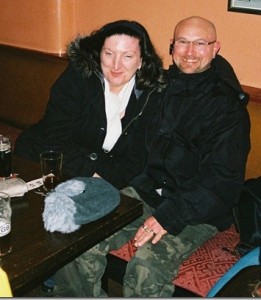 Emma Roper (standing in Codnor & Waingroves) lost in Alfreton in 2011 getting only 2.5% of the vote.

Alan Edwards (standing in Ripley & Marehay) lost in Ripley in 2011.

The ones to watch will be “the invisible councillor” Roper himself, fighting to retain his seat in Heanor East, and Hickman, the official BNP challenger to ex-BNPer and “pretentious Tory boy” Lewis Allsebrook in Heanor West.

« Meet the EDL’s organiser in Newark: Chris Conroy
You can take the man out of the BNP, but you can’t take the BNP out of the man »