This Sunday will see an anti-immigration march take place in Boston, Lincolnshire. In the past, organiser Dean Everitt has made a big fuss about avoiding being “hijacked” by the far right but we can reveal that Sunday’s static demonstration at the Herbert Ingram memorial is a solidly far right event. 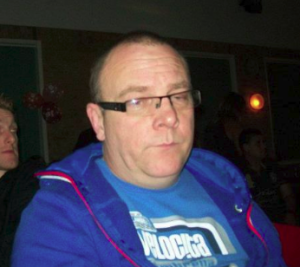 Dean Everitt: Organiser of the Boston Protest Group and currently under investigation for assault and criminal damage 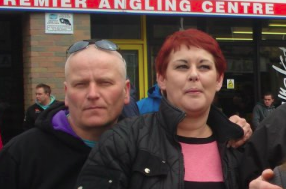 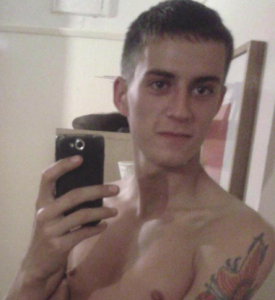 Sam Burgess, organiser of EDL demo in Norwich and fond of getting off on his own reflection 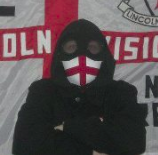 Considering the mess the EDL and BNP are in at the moment this could be a relatively big event for them and there will doubtless be more turning up who aren’t foolish enough to announce their presence on Facebook. It is quite hard to see how they this fits in with the stated mission of the EDL to combat “Islamic extremism” but when times are hard the far right turn to whatever cause they think is populist and likely to garner support for their own flagging organisations.

Local migrant rights organisations have expressed their worry about the demonstration turning ugly and resulting in violence and harassment of migrant workers and their families in the area. Given the kind of people who are pledging to turn up and the followers they will bring with them, it does not seem unreasonable. Let’s hope the people of Boston show them the same lack of respect they have done so far.

More on morons in Luton

We can confirm that the coach company used by the Leicester and Nottingham divisions for their transport to Luton (and other previous demonstrations) was:

In spite of all the hype about a big day out for the boys, the Leicester division’s coach was looking pretty empty so they indulged in the time honoured EDL tradition of getting hammered before they even arrived. Well, they need a bit of Dutch courage to face those muslamic rayguns.

Elsewhere, Nottingham’s Tony Curtis, who was doing important EDL business with the infamous Norwegian Defence League (you know, the ones who refused to distance themselves from mass murderer, Anders Breivik), got to speak on thue platform. Well he’s certainly as uninspiring as Tommy and Kev and has an equally shaky grasp on history, politics and religion so he’s a top candidate for the job.

Meanwhile, ex-communicated Sikh and virulent islamaphobe, Nottingham’s Guramit Singh, was said to be hoping for a job in the “struggling to get more than a handful of votes” British Freedom Party. That would be the party that had to hold its launch party on Twitter after the Luton venue pulled out.

The EDL: Lurching from crisis to crisis with a can of Stella in each hand.

Fascists had a bad night in local elections across the country. The BNP has, at the time of writing, lost all of the seats it was defending and failed to win any new seats. None of the smaller fascist groupuscles has fared any better.

In the East Midlands, the BNP lost their two seats in Heanor where their share of the vote was considerably reduced. Cliff Roper’s term as “the invisible councillor” obviously didn’t go down well with the electorate and his share of the vote has fallen to 19.1% from the 36.5% he won with in 2008. Beaten into third place, Councillor Roper has become simply another nationalist chancer, the Heanor Patriot. Lewis Allsebrook’s replacement, Adrian Hickman, also failed to impress and came last. In Heanor & Loscoe the BNP’s share of the vote was halved and in Ripley & Marehay it was reduced to a third of the 2008 result. Emma Roper did particularly badly, getting only 59 votes (4.2%) in Codnor & Waingroves. This is about a quarter of the share won by fascist farmer Alan Warner in 2008.

Over in Lincoln, disgraced Nazi sympathiser and BNP candidate, Dean Lowther, got a pathetic 49 votes (2.8%) coming in last place. This is less than a quarter of the 12.2% he got last time around.

In Derby, the BNP did slightly less badly but their vote was still down on the 2008 results. Paul Hilliard’s black shirt campaign won him 14.7% of the vote in Chaddesden, but this was down from the 17.9% he got in 2008. The only good news for the party was that candidates in Derwent and Spondon beat the Lib Dems into last place, gaining 11.9% and 8.1% of the vote respectively.

Hope Not Hate are collecting the far right’s results on their website and you can compare them with the results from 2008 here.

It seems that electoral support for the fascists is well down from its peak. Nick Griffin’s troubled leadership of the BNP looks decidedly shaky and party activists and voters are leaving in droves. The new fluffier British Freedom Party, who are backed by the EDL, haven’t got off to a good start either. Their candidate in Basildon only managed to get 4% of the vote and none of the 4 candidates currently declared in Liverpool got more than 3%.

These are good results for anti-fascists but we should never be complacent. The BNP was still voted for by a little under 1 in 5 people in Heanor and they are consistently winning over 10% in parts of Derby. There is always the danger that the far right will rearrange itself around a new pole in the wake of the BNP’s plunge into obscurity and start building on these foundations. Their current failure is a cause for celebration. Let’s make sure they don’t come back from the dead.