Fascists had a bad night in local elections across the country. The BNP has, at the time of writing, lost all of the seats it was defending and failed to win any new seats. None of the smaller fascist groupuscles has fared any better.

In the East Midlands, the BNP lost their two seats in Heanor where their share of the vote was considerably reduced. Cliff Roper’s term as “the invisible councillor” obviously didn’t go down well with the electorate and his share of the vote has fallen to 19.1% from the 36.5% he won with in 2008. Beaten into third place, Councillor Roper has become simply another nationalist chancer, the Heanor Patriot. Lewis Allsebrook’s replacement, Adrian Hickman, also failed to impress and came last. In Heanor & Loscoe the BNP’s share of the vote was halved and in Ripley & Marehay it was reduced to a third of the 2008 result. Emma Roper did particularly badly, getting only 59 votes (4.2%) in Codnor & Waingroves. This is about a quarter of the share won by fascist farmer Alan Warner in 2008.

Over in Lincoln, disgraced Nazi sympathiser and BNP candidate, Dean Lowther, got a pathetic 49 votes (2.8%) coming in last place. This is less than a quarter of the 12.2% he got last time around.

In Derby, the BNP did slightly less badly but their vote was still down on the 2008 results. Paul Hilliard’s black shirt campaign won him 14.7% of the vote in Chaddesden, but this was down from the 17.9% he got in 2008. The only good news for the party was that candidates in Derwent and Spondon beat the Lib Dems into last place, gaining 11.9% and 8.1% of the vote respectively.

Hope Not Hate are collecting the far right’s results on their website and you can compare them with the results from 2008 here.

It seems that electoral support for the fascists is well down from its peak. Nick Griffin’s troubled leadership of the BNP looks decidedly shaky and party activists and voters are leaving in droves. The new fluffier British Freedom Party, who are backed by the EDL, haven’t got off to a good start either. Their candidate in Basildon only managed to get 4% of the vote and none of the 4 candidates currently declared in Liverpool got more than 3%.

These are good results for anti-fascists but we should never be complacent. The BNP was still voted for by a little under 1 in 5 people in Heanor and they are consistently winning over 10% in parts of Derby. There is always the danger that the far right will rearrange itself around a new pole in the wake of the BNP’s plunge into obscurity and start building on these foundations. Their current failure is a cause for celebration. Let’s make sure they don’t come back from the dead.

Some might have though that the Cliff Roper side of the Amber Valley BNP rift were playing it cool and ignoring the Allsebrook camp’s temper tantrums, avoiding giving anti-fascists any material to use against them. However, it seems that the fascists can’t resist the temptation to expose their dirty laundry in public for the whole world to see.

The latest developments are recorded on a blog melodramatically titled ‘The Allsebrook Files’ reprinting material from “every sector of the political spectrum who detest Amber Valley former BNP member Lewis Allsebrook and his covernous cohorts.” It seems highly likely to have been set up by Roper and there’s backstabbing aplenty in the comments.

‘Buckspatriot’ says “pretentious Lewis recognises he wont get re-elected as a BNP councillor and has been currying favour with the tories with the aim of joining them”, but “if any BNP councillor imagines the Tories will have him as a candidate he is barking. ‘Gillam’ replies “The Tories are welcome to him. I’m sure Amber Valley will progress now without his tantrums – and his rather strange lady friends.”

‘Simo’ agrees: “The pretentious tory boy has spent years stabbing real activists in the back whilst he climbs the greasy pole to glory. He’s tried it once too often and has had the tables turned on him. Now he realises that he can’t climb any further in the BNP, he’s jumping ship – again.” Apparently, Allsebrook’s “judgement is abysmal.” Allsebrook is “The third councillor rep [to resign] in a year, and by far the most incompetent and useless of them all.”

‘NewInn14’ thinks Allsebrook’s departure is “not a great loss to the BNP compared with what they have lost in the last 2 years. Its just another rat jumping off a sinking ship.”

Not everyone is happy though. ‘Mike’ sarcastically comments that it’s “Nice to see the bnp herd turning on another one of their former colleagues.” He concludes “Down the plughole goes the bnp.”

We would have to agree with ‘Simo’ about Allsebrook’s importance: “Incompetent fool or sabateur? Who knows or even cares? Good riddance.” 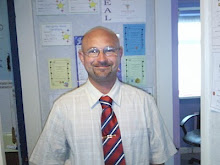