What’s a racist Forest fan to do?

The recent news that Nottingham Forest is in advanced talks concerning take over by the wealthy Kuwaiti Al-Hasawi family has been met with a bit of a mixed reaction from xenophobic and anti-Muslim fans. They are happy to take the Kuwaitis’ money, of course, but less keen on the Islamic association with their club.

For Leicester City fans the situation is much easier. They’re pissing themselves laughing.

You may remember that back in January we reported on racist chanting by Forest fans at the Forest v Leicester match. Racist Forest fans have long taunted their local rivals with the claim that Leicester is a “town full of Pakis”, in reference to Leicester’s large Asian population. Now Leicester fans are getting their revenge.

Craig “Leicester” Elliott, organiser of Leicester EDL, wrote a post taking the piss out of racist Forest fans hoping that Al-Hasawi “makes all the pies halal, bans beer from the ground, turns the club shop into a mosque, replaces your matchday program with the quran and erects a model of the 5 pillars of islam at the trent end.” He specifically targeted Nottingham EDLer Jack Stevens for abuse.

Stevens was unapolagetic: “At least our muzzie putting money into us what r all the muzzies in lesta doin 4 ya … Still a town full of pakis !!!”. Nottingham EDL organiser, Richard Carroll agreed:

Good to see that there’s no relationship between racist Forest fans and Nottingham EDL then!

These idiots are fortunately a small minority. The majority just want to see our teams do well and good football being played. Only muppets like the EDL care about the race and religion of the people involved.

Fresh from threatening to wipe Indymedia clean out of Nottingham, Jay Clark is now desperately trying to dissociate himself from the EDL. His supporters claim he hasn’t been actively involved in Nottingham EDL for over a year and we should stop picking on him.

The “over a year” is a bit of an exaggeration. Jay was prominently involved in the St George’s Day event in Clifton last month, an event which was organised and stewarded by Nottingham, Newark and Leicester EDL members and which was MCed by Tony Curtis. Tony is a Nottingham EDL member who has spoken from the same platform as Saint Tommy at a number of national demos including Luton at the start of this month. Jay also marched with other EDL members in front of their massive Nottingham division flag on the Nottingham march. If Jay was really looking for a fresh start, he could’ve tried harder.

That said, he is clearly not as involved as he once was and doesn’t go to demos any more, so calling him the Nottingham organiser is inaccurate. That’s a title that would be better to give Richard Carroll AKA Richard Nottingham, who is currently dealing with the logistics. Another important figure is Tony Curtis, who seems heavily involved with the national leadership and was making international links at the Luton demo. 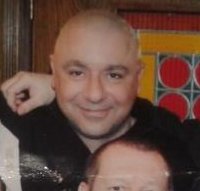 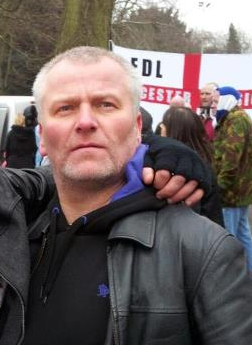 The Nottingham division once boasted of being one of the largest divisions in the country but it’s a shadow of its former self. People like Jay have realised that being prominent in the EDL is a thankless task: being targeted by anti-fascists, getting hassle from the OB, being publicly associated with a drunken rabble of racist hooligans, and then getting shit from your own footsoldiers when you try to instill some discipline. When it is clear that the EDL has nothing new to offer and no real sense of direction, you might as well give up all that shit and go fishing.