After their underwhelming protest in Nottingham in October, the Notts Casual Infidels had another go on December 5th, under  the guise of ‘Nottingham Against Mass Immigration’.  This time the ex-EDL rump organised with more notice and agreed a march route with the police – as so often, “we go where we want” translates as “we go where the police tell us“.  They were clearly hoping to attract more than the 20-odd they attracted on their first foray.  It didn’t go so well for them….

They met up at the Waterfront pub on the side of the canal near the railway station, for the usual pre-demo dutch courage. 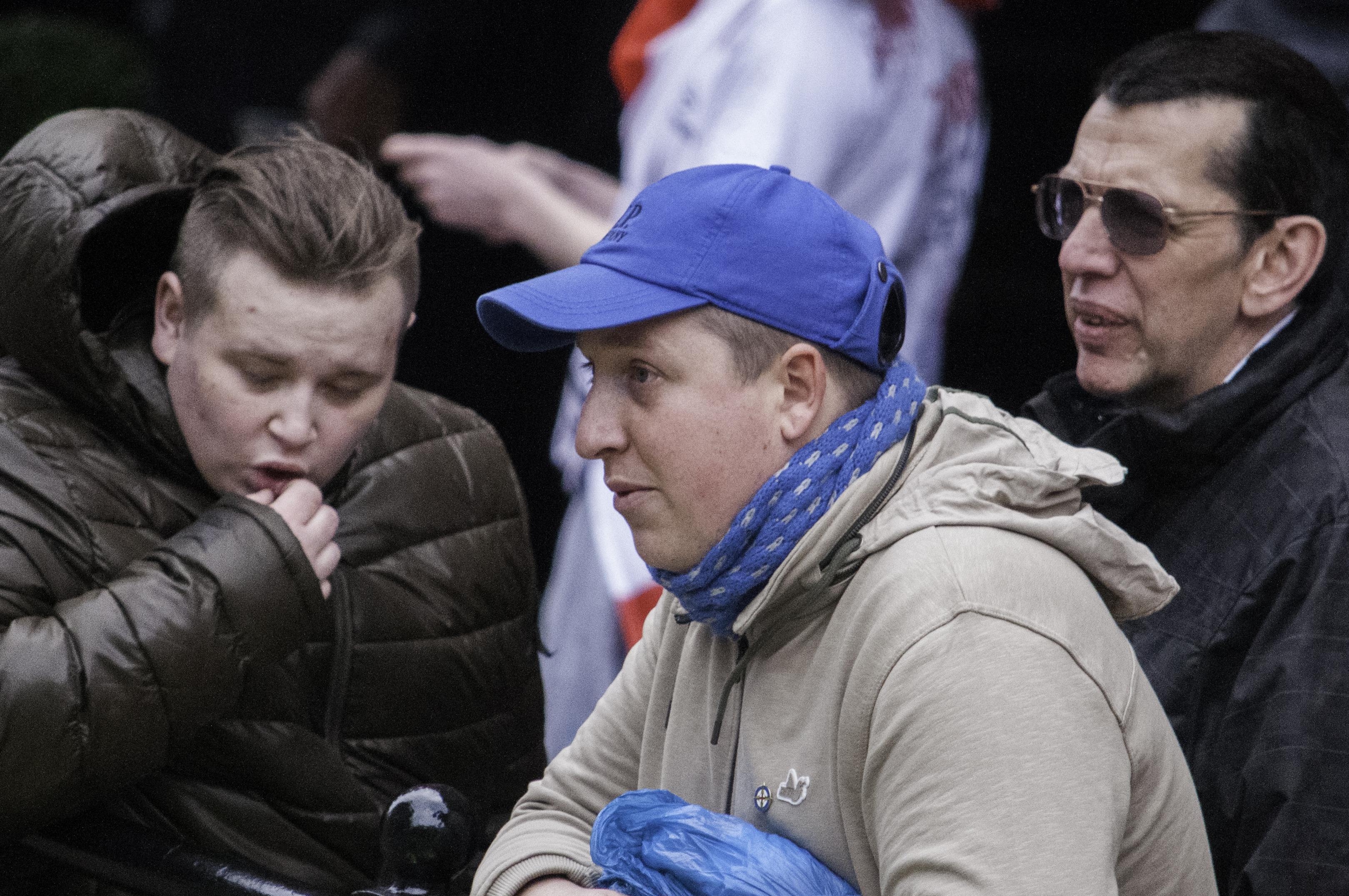 As the area around the pub quickly became occupied by a sizeable crowd of antifascists, the police spent some time working out how they would get the Casual Infidels on to the march route.  A surprisingly small group of hapless fascists soon lined up behind heavy police numbers, and off they went. 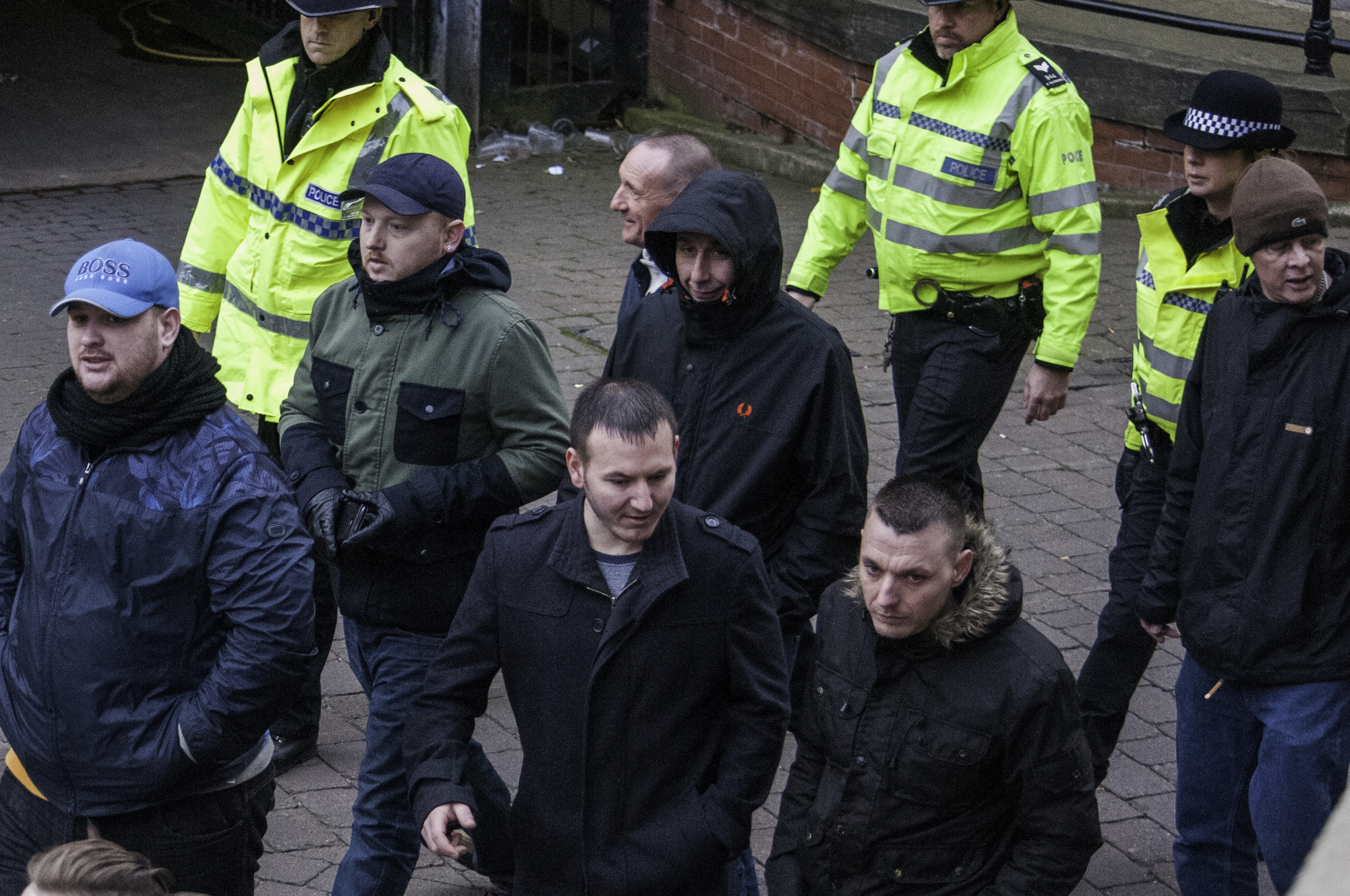 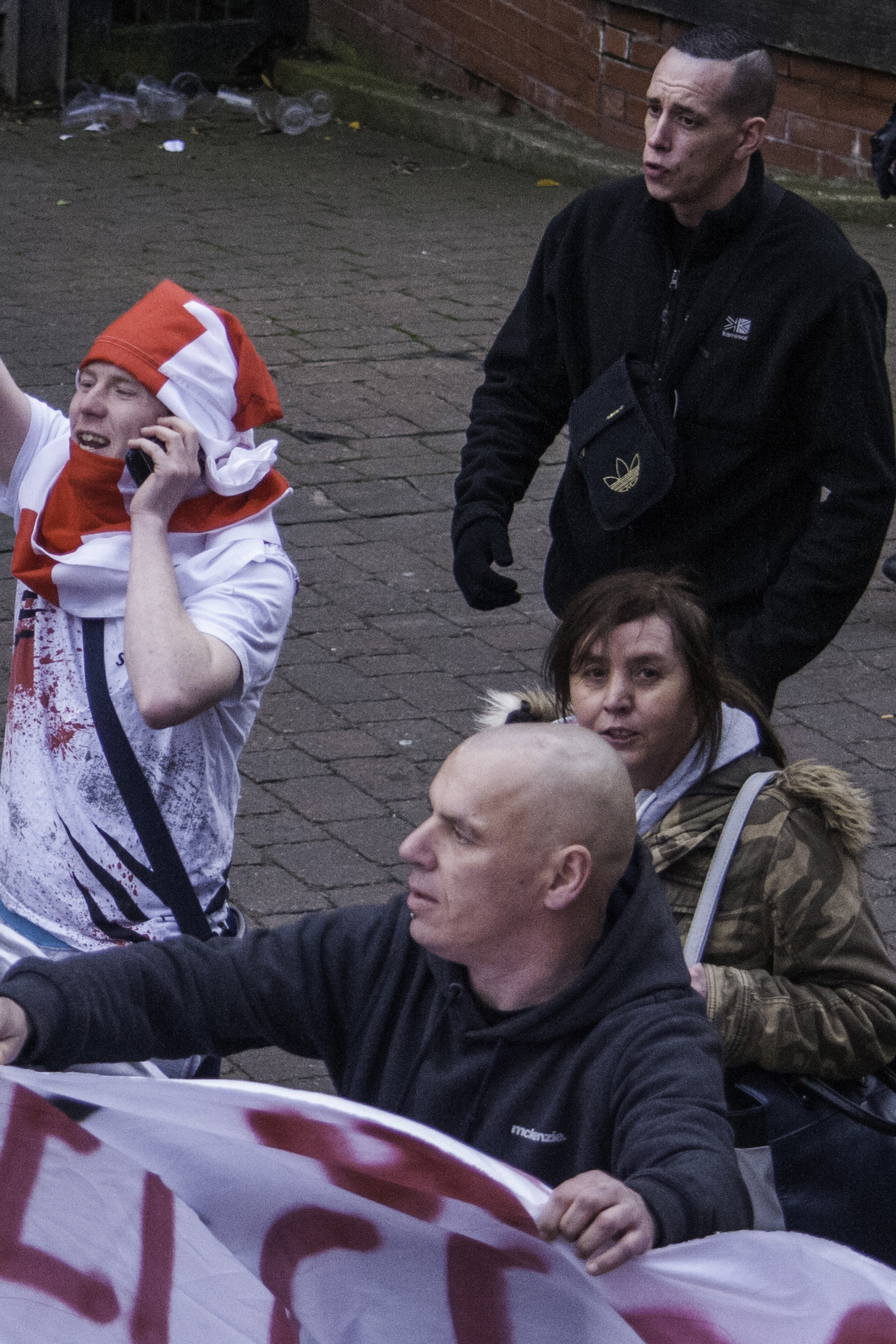 The Casual Infidels numbered around 15 – even less than their previous effort.  A large anti-fascist crowd quickly blocked the street in front of the fascists, and attempted to prevent the fascist march from progressing.  However, a huge and concerted police effort saw the march pushed through, and on to the busy main road near the pub.  After much push-and-pull with antifascists, and kettling some of them in a side-street, the police managed to escort the tiny Casual Infidel march towards the town centre, harassed and harangued by antifascists all the way.

The end point of the march brought home how lame the Casual Infidels day out in Nottingham was; about 10 of them (some having slunk off already!) corralled behind fencing and a large number of police in a side street, and essentially invisible to the public; meanwhile a much larger number of antifascists leafletted the main shopping street and taunted the minature fascist mobilization. 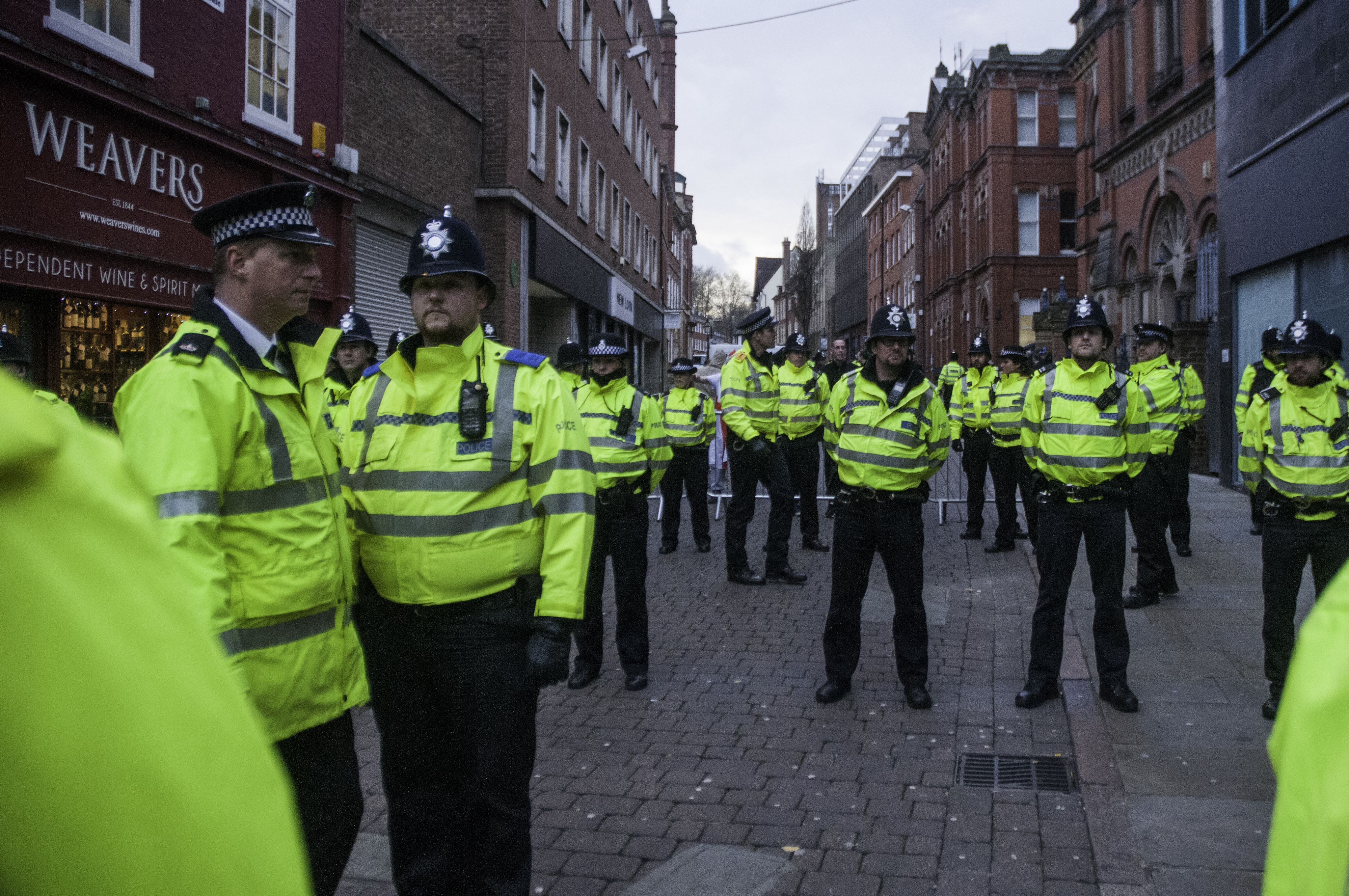 All in all, a good result for the antifascists, and a reverse for the Notts Casual Infidels – time to give it up lads….