On Sat July 25th, the EDL held a demo against construction of Lincoln’s first mosque.  This had been the subject of previous far-right protest in 2013, and the EDL have jumped on the issue in an attempt to boost their flagging support.

About 120 attended the EDL event, marching from The Anchor pub to Cornhill… 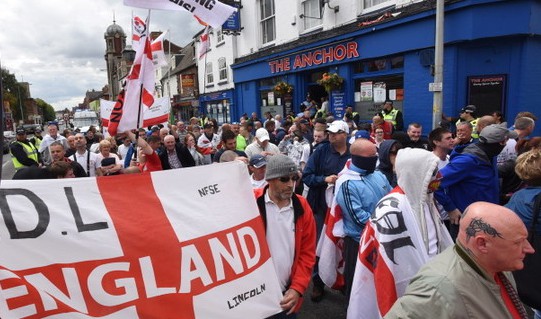 Another town, another pub, usual muppets

A counter-demo organised by Lincoln Against Racism and Fascism attracted about 100 anti-fascists, who marched to the City Square. 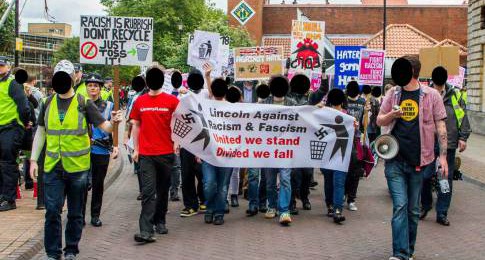 Police kept the two marches apart, and there were no arrests.