BNP scraping the barrel for Euros

East Midlands BNP have announced their candidates for the 2014 Euro elections. The list is as interesting for who’s not on it as who is:

The first two are obvious choices for the party as the most prominent BNPers in Leicestershire and Lincolnshire even though both did poorly in May’s local elections (West only managed to get 88 votes). Nottingham’s Bob Brindley, however, is anything but a “safe” choice. Brindley uses his Nottingham BNP twitter feed to launch increasingly barmy diatribes against Jews, homosexuality, Asians and just about everyone who isn’t a signed up white supremacist (although he has made an exception for serial paedophile Jimmy Savile).

After Brindley comes Steve Brammer from Ranskill, North Nottinghamshire. Brammer is almost unknown to fascists in the Midlands, probably because he lives only a few miles from South Yorkshire. He has never stood in an election before. 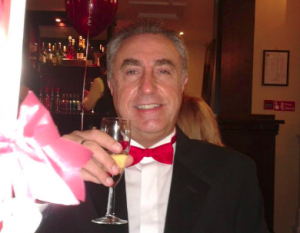 And next in line after Brammer is… well it looks like they couldn’t find anyone else to stand for them! There are no candidates from Derbyshire or from Northamptonshire, no sign of “super activist” Paul Hilliard from Derby and no sign of “Heanor Patriot” Cliff Roper either. Have they jumped ship as well? We will see. Certainly Roper showed signs of a swing to a more extreme right wing position after losing his Amber Valley seat, headlining his blog with the notorious 14 word phrase beloved of neo-Nazis. Perhaps the BNP isn’t extreme enough for him any more?

The release of this list is a further sign of decline for the fascist party. Only a few years ago, the East Midlands were seen as one of the BNP’s strongholds. Now they are struggling even to find 5 people across the entire region to stand for them. Good riddance!

« Stop the EDL in Sheffield
Guramit Singh on the run »