Clearly realising that the EDL now offers less opportunities for excitement than a soggy chip wrapper, several former Nottingham EDL activists signed up to go to the EVF’s demo in Birmingham yesterday. Adam Bilyk, Adam Repton, Ian Firmstone and Jack Stevens all said they were going on the event’s Facebook page. 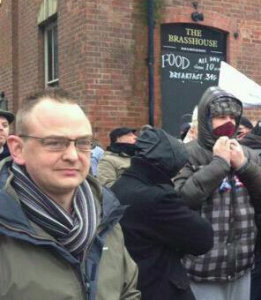 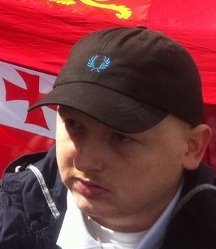 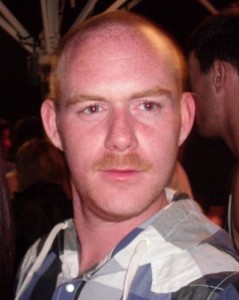 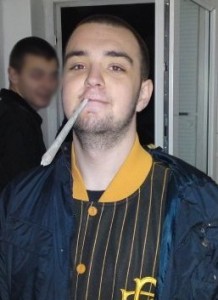 It’s no particular surprise that they have jumped ship. Nottingham EDL hasn’t been active for a long time. Their website has gone, the Facebook site is being trolled by anti-fascists and has been abandoned and their last tweet (from October) is about the weakness of the East Midlands divisions. 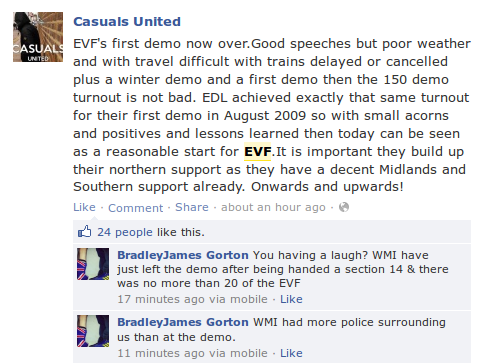 They will have been disappointed by the EVF demo though which was small and completely pointless. Despite mouthing off on the internet about how they were going to steal the EDL’s crown, only 50 racists turned up to stand around in a deserted square for 30 minutes talking to themselves. A few deluded fans have been claiming this as a success and inflating the numbers by fantasy proportions but the fact is they hoped for better. Seems like another tiny far right splinter doomed to failure. 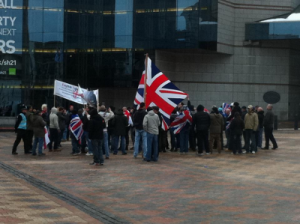