The EDL will be meeting from 11am on Saturday 4th Feb for their Leicester march. The muster point is St Margaret’s Pastures, just outside the ring road. The march will start at 12.30pm when they’ll go onto St Margaret’s Way, Burley’s Way, Abbey St, right onto Belgrave Gate, then Church St and back to St Margaret’s Pastures where they will be allowed a static demo for a limited period of time. Pubs in the city centre are being discouraged from serving alcohol for the duration.

The route of the march goes perilously close to the Somalian area of St Matthews, a likely target for fascist trouble making on the day. Leicester Police’s Rob Nixon, who patronisingly told the local Asian community to leave it to him last time, is in charge again. We do not have any confidence that this idiot or his colleagues will defend the local community and call on anti-fascists to support the well organised community defence against this fascist invasion.

Meanwhile UAF are having a pointless parade at the other end of town, proving once more that they are more interested in self-promotion than actually helping to defend communities.

The EDL have been making their intentions clear on Facebook. Leicester Casuals United have said that “We will not be meeting in the town centre as we refuse being herded like cattle for the day, we will go where we want when we want” adding ominously “we have a good idea where we’re heading”. As EDL LGBT division leader Liam Woods put it “YAY WERE GONNA GET TO SMASH LEIECESTER UP”. 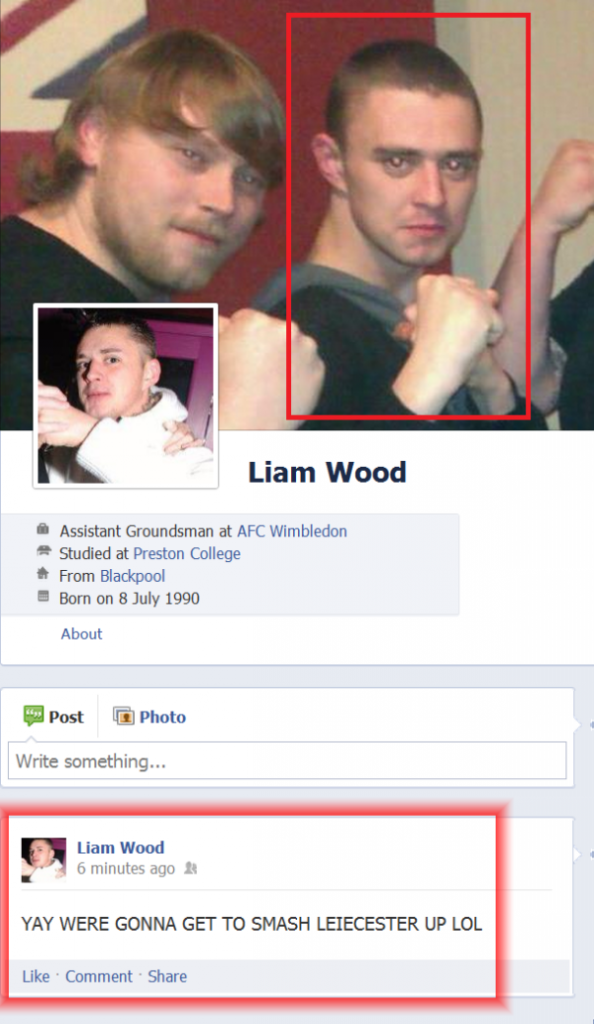 The Leicester public are not impressed by this EDL invasion or the lockdown of the city for the day. Despite increasingly desperate denials and justifications from the leader of the Leicester Division, most have seen through the shoddy excuse for a fight with Leicester’s Asian community and wish the EDL would leave the city alone.

Obviously it takes a lot more than distaste to stop these fools. If we are serious about turning the EDL away, we need to be out in numbers in the communities they are likely to target on the day. It would be a good idea for anti-fascists to join the local communities of St Matthews and Highfields and make sure that the fascists do not assault these areas. They shall not pass!